The main thing that stands out for me in my undergraduate years in Edinburgh is how inspiring some of our lecturers were - Professors Evelyn Ebsworth and Robert Donovan were just what I'd hoped lecturers would be - ridiculously intelligent but also able to make their subjects seem interesting and accessible. 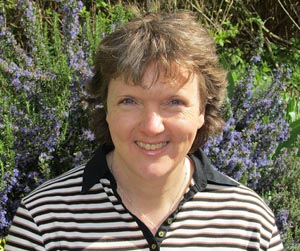 As we began to spend more time at KB, it started to feel like home - the staff in the Union were really friendly - from Rab and his daughter who ran the bar, to Margaret, who seemed to rule the building and everything in it and the woman who served pizzas in the refectory - everyone seemed to take an interest in how we were getting on.

Unfortunately, KB was also the venue for our practicals. Now, I know chemistry is a practical subject, but I for one was't ready for the teaching labs.  I had next to no experience of practical chemistry at school and it all seemed a bit daunting. Having to repeat every single titration in first year didn't help nor did an unfortunate incident with anti-bumping granules in a later organic lab - how everyone else seemed to know that you had to add more granules every time you stopped heating and started again, I'll never know!

But in spite of this trauma, I did find some experimental chemistry I enjoyed and after graduating in 1989, did a PhD with Lesley Yellowlees and Alan Welch, working primarily on carbametallaboranes. Useable results didn't come until almost the end of my 3rd year so when I completed my thesis I still felt I wanted to do more research.

Over the next five years I worked on three totally different areas of chemistry in different universities; two years at Aberdeen on glasses, then a year at Greenwich on phosphors and 16 months at Imperial College on resonance Raman spectroscopy. I was tempted to stay in academic research but it wasn't something I wanted to do in the longer term, so I moved to Cambridge to take up a job with a company producing a database of X-ray structures.

The job involved validating and standardising crystal structures and producing high quality entries for use in academia and industry, so it felt like something worthwhile. Many of the entries involved compounds extracted from plants and I became interested in plants as a source of chemical compounds for medicinal and other uses.

I went on to study herbal medicine and other complementary therapies and I became a Bach Flower Remedy practitioner in 2010. Setting up a business and using a totally different set of skills was a challenge but it was the beginning of a change of direction.

Through my database job I got involved in a project with Cambridge University Botanic Garden to devise a "Chemicals from Plants Trail", highlighting some of the chemical compounds in plants which could also be found in the database. After the Trail launched in 2012, I wrote a few articles and started taking groups around it.

My database job had become less scientifically challenging and no longer gave me any job satisfaction. My work on the Trail had helped me to rediscover my enthusiasm for chemistry so I took the chance to leave the job and I wrote a book based on an extended version of the Trail - "Molecules, Medicines and Mischief" - published in 2014.

Since then I've given numerous talks to clubs and societies and at Cambridge Science Festival and led workshops and walks around the Garden, all with the aim of sharing my interest in what chemistry can tell us about plants and how they can be used.

As well as this, I do some freelance editing, invigilating and marking of Chemistry A-level papers and I'm currently working on my second book on the plants used to make the Bach Flower Remedies - so plenty of variety.

If I was to offer any advice to students today it would be not to get too tied up with having a plan - just stay open to the opportunities that come your way and never be afraid to try something new!  And make the most of your time in Edinburgh - it's a great city to live in so don't just limit yourself to student life. 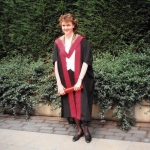 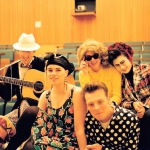 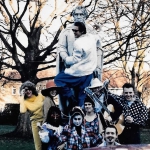