Spectacular light show illuminates the University in celebration of the International Year of the Periodic Table. The School of Chemistry joined forces with the Royal Society of Chemistry (RSC) to host the eye-catching display.

The four minute film also highlights the increasing scarcity of several elements in the Periodic Table due to a lack of recycling technical devices.

Edinburgh is one of 11 UK Universities showcasing the film during Chemistry Week, from 18-24 November.

A recent RSC survey carried out by Ipsos MORI found that 51 per cent of UK households have at least one unused electronic device – such as mobile phones, computers, smart TVs, MP3 players and e-readers – and 45 per cent have up to five.  Of these, 82 per cent have no plans to recycle or sell on their devices after they stop being used. However, these abandoned electronics harbour precious elements that are at risk of running out.

Chemistry and chemical scientists have a crucial role to play in finding alternatives to these rare elements and in creating new, more effective ways to extract elements from used devices. Electrical waste is thought to contain as much as seven per cent of all the world’s gold.

Research led by Jason Love, Professor of Molecular Inorganic Chemistry at the School of Chemistry, is included in Wednesday’s show. His team has developed a method for extracting gold from old mobile phones, without the use of toxic chemicals. Their approach uses a mild acid to dissolve the metal in circuit boards.  The team say their findings could aid the recovery of large amounts of gold and other precious metals from waste electronics.

As Black Friday deals and the festive season approaches, the sales of new tech devices are expected to spike, prompting the RSC to encourage people to reuse their old devices, recycle them or donate them to recycling charities.

“We are proud to be hosting one of the Royal Society of Chemistry’s events to celebrate the International Year of the Periodic Table. This is a fantastic opportunity to showcase the world-class research conducted by our scientists, which is having direct and positive impacts on our society.

“It also highlights the importance of chemistry’s central role to find and deliver sustainable solutions to a global problem that we all face today- the scarcity of technologically critical elements.  This celebration presents a great opportunity to spread this important message.”

Professor Colin Pulham, Head of School of Chemistry at the University of Edinburgh 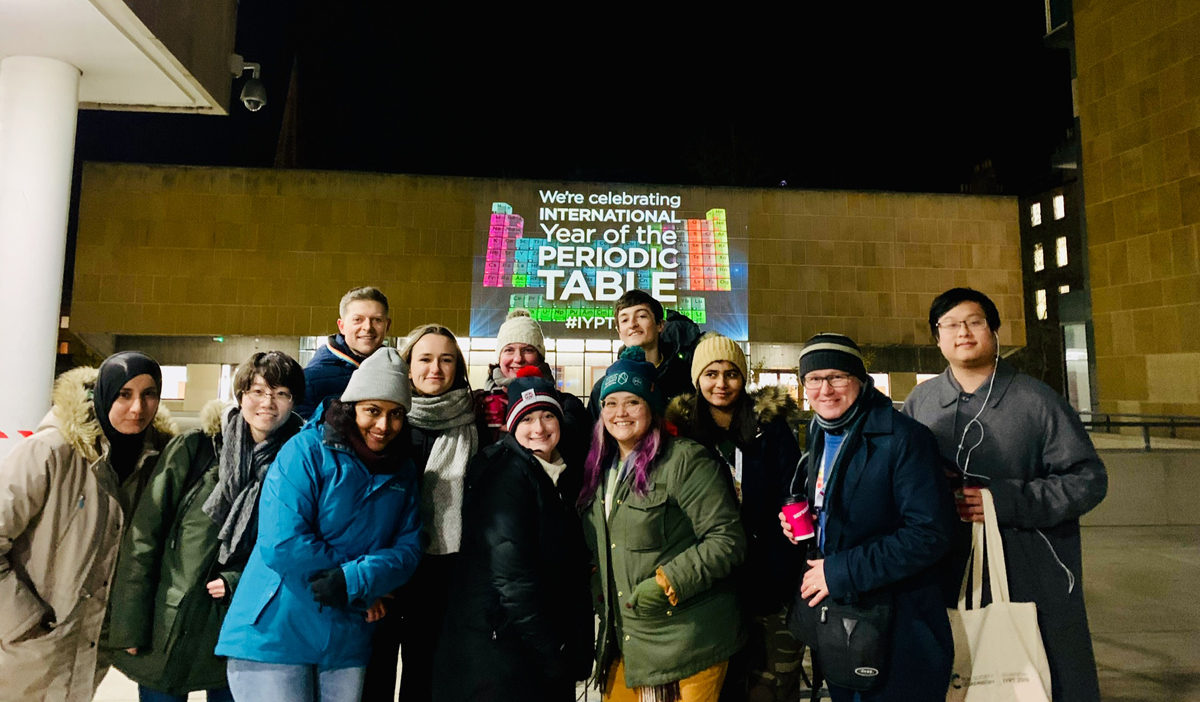