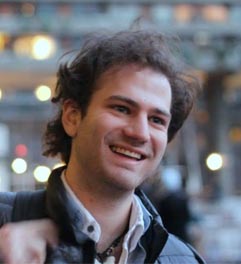 Essentially, the group I work with is involved with laser spectroscopy, from laser ionisation mass spectrometry to Photoelectron, transient absorption and Raman spectroscopy.  Even outside the focus of direct laser interaction, Atomic Force microscopy is yet another analysis technique we use (which does also have a laser).

Each of these techniques allows us a better understanding of molecules and how they interact from a fundamental prospective. Many of the techniques we use rely upon the particles to be isolated in the gas phase, in the form of a molecular beam, and, although this is straightforward for small molecules, the majority of today???s techniques can damage (fragment) or alter the state of larger, complex molecules from their natural form.

My project is based around understanding, improving and implementing a new technique called Blister-Based Laser-Induced Forward-Transfer (BBLIFT).  This was a technique first pioneered in 2009 which so far has shown that it can be used to propel large molecules and nanoparticles into a well-collimated gas-phase beam without damage. This is essentially a preliminary phase project where I hope to lay the groundwork and proof of principle which should open the doors to allow a new class of particles to be accessed by detailed gas phase spectroscopical techniques.

Why is light important to your research? 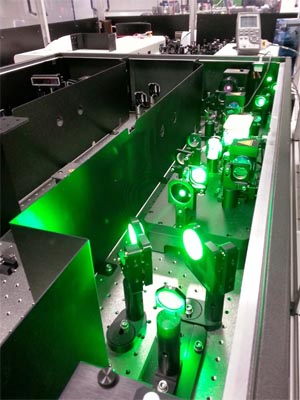 Beyond the realisation that controlled application of light is key to the majority of spectroscopy techniques, it???s also a pre-requisite for the new technique we are developing. I use pulses of light where we control the length of each pulse down to the Femtosecond, 10-15????! With these laser pulses I can remove particles from a surface and project them into the gas phase without any direct and damaging interaction with the laser.  Without our knowledge and understanding of light and how to manipulate it my project wouldn???t exist.

I???m in the lab almost every day, although I don???t actually interact with most of the chemicals we study directly on a daily basis.  In general I???ll be creating repairing or working with machinery, and it???s inside these that the chemistry really takes place.

Outside of the lab I???m part of a physical chemistry group in which we organise talks from visiting lecturers or experimentally learn about the chemistry of cooking and cocktails.  I should also point out the weekly group meetings where we communally discuss what we???ve been up to in the lab, which keep us in good contact with what we have available and generally able to help out in each other???s problems.

I???m also involved in outreach projects which doesn???t mean I???m only out visiting schools, but also interacting with many other research groups in our school.

My favourite chemical reaction doesn't have a great deal to do with my topic of research but it's probably the Belousov-Zhabotinsky oscillating reaction. Essentially it's a colour change reaction which I think is most impressive when it's not being stirred. If the reaction is done in a shallow pool, with no stirring, you can see these very pretty patterns of red and blue which expand out almost like waves, but they don't follow quite the same laws so it's possibly more akin to an optical illusion.

I think the reason I like it is simply because moving patterns such as that just don't seem to exist naturally, so it's almost a hypnotising thing to see.

As for a 'reaction' more related to my field? I'm most impressed by the creation of a supercontinuum.  Firstly it has an awesome name, secondly I still don't fully understand it, and thirdly it still feels so much like magic. If we fire an ultrafast laser pulse at certain crystals like sapphire the light which exits is then broadened giving a supercontinuum. So, essentially red light goes in and white light comes out. It's just something that I would imagine seeing in Indiana Jones and thinking it must be a special effect.

What do you enjoy doing when you are not at work?

When I???m not at work you???ll really have to give me a call to find out where I am. I may be out cycling, surfing, occasionally in the pub, round at another PhD student???s flat or every once in a while, desperately trying to remember my set before going on stage to do some stand-up comedy.