The School of Chemistry awarded 3 Honorary Degrees in 2016. All three recipients were interviewed during their visit to the School and provided insight into their inspirations and careers. 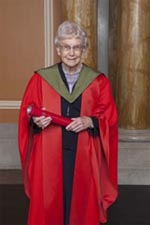 Prof. Margaret-Ann Armour, Associate Dean of Science-Diversity, University of Alberta, is an alumna of the School of Chemistry.

She received her BSc and MSc from Edinburgh University then graduated from the University of Alberta with a PhD in physical organic chemistry. She specialises in hazardous chemical management.  Armour was made a Member of the Order of Canada in 2006 in honour of her dedication to increasing the presence of women in the fields of science and engineering. Her pursuit of this goal led her to help found the Women in Scholarship, Engineering, Science, and Technology (WISEST) program. She also served as Vice-Chair and Convener of WISEST, a University of Alberta-based organization that promotes gender equality in the sciences. 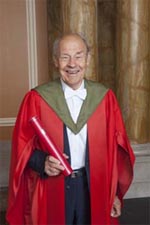 Professor Herschbach is one of the major international figures in the field of chemical physics. He pioneered the use of molecular beams to study chemical reaction dynamics under single collision conditions and was co-recipient of the Nobel Prize in Chemistry in 1986. He was highly influential in the establishment of the early molecular beam research activities that initiated chemical physics at Edinburgh in the sixties. He is an inspirational teacher and a strong proponent of science education and science for the general public. 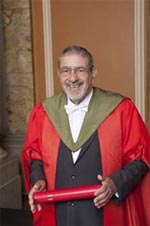 Professor Zare is one of the pioneers of the field of chemical physics. He developed laser-induced fluorescence as a highly sensitive means of detection of molecules and has made fundamental contributions to both theory and experiment in this area. Zare is an outstanding communicator and ambassador of science. He has served as Chair of the U.S. National Science Board, and the U.S. National Academies' Committee on Science Engineering and Public Policy. He has had a significant and lasting influence on the shape and direction of chemical physics as a field, and in particular to the teaching and research of that subject at University of Edinburgh.