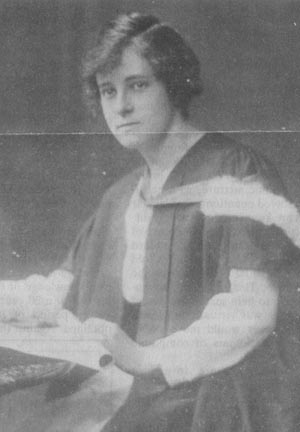 The School is delighted to announce that we have appointed our first Christina Miller Fellow.  Dr Jennifer Garden takes up this position on 5th September 2016.

These two-year Christina Miller Fellowships are specifically to encourage talented postdoctoral researchers from minorities (gender, race, disability, disadvantaged background, etc.) who are traditionally less likely to follow an academic career and who often lack the confidence to apply directly to independent 5-year Fellowships.

We are aiming these Fellowships at exceptional individuals who can demonstrate the potential for independent research and a future academic career. Although they may contribute to teaching to a limited degree, the primary role will be to turn their existing research into further high-quality publications and to develop new, independent research in their area of interest.

Through the appointment of Christina Miller Fellows, we intend to increase the diversity within the School community and to send a strong signal to all that we are taking positive action to increase equality and diversity.  The Fellows will be mentored by appropriate, experienced academics who will provide career advice and aid in the preparation of further applications and preparation for interview.

We have chosen to name them after Dr Christina Cruickshank Miller (29 August 1899 - 16 July 2001), in order to celebrate her outstanding achievements as a researcher at the University of Edinburgh and one of the first five women (also the first female chemist) elected to the Royal Society of Edinburgh.

At a time when very few women were engaged in scientific research, "Chrissie" Miller, went on from her university doctorate work on physical chemistry - under Edinburgh's then Professor of Chemistry, Sir James Walker - to produce in 1928 the first ever sample of pure phosphorus(III) oxide, hence providing the definitive explanation and demonstration that the glow reported by other researchers was due to traces of dissolved phosphorus in impure samples of phosphorus(III) oxide rather than from the oxide itself.

This work - which led to five papers - was described by a leading British inorganic chemist of the time as "the greatest advance in knowledge of the topic in the last 20 years". Its merit was recognised by the award of the Keith prize by the Royal Society of Edinburgh in 1929 and allowed Chrissie to achieve her secret ambition of a DSc before she was 30.  Chrissie overcame severe disabilities and sexism to become a highly respected analytical chemist and much-admired teacher.

She will be a hard act to follow, but very much an inspiration for Jenni as she takes up the post!