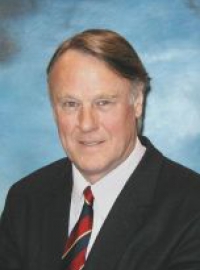 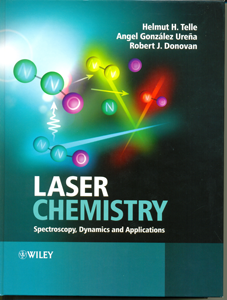 Our research is aimed at studying both the chemistry and structure of excited and ionic states of molecules, using laser and synchrotron radiation. We are also using lasers and other advanced light sources to develop new analytical techniques.

We use a variety of single and multiphoton laser techniques to explore the excited (Rydberg and ion-pair) states of molecules such as ozone, halomethanes, diatomic halogens and oxygen. We also use double and triple resonance methods, together with jet cooling, to simplify complex spectra. We have shown that it is possible to obtain the spectra of molecules as they are in the process of dissociating (i.e. on the femtosecond timescale). This opens up large new areas of spectroscopy and allows us to avoid the normal Franck-Condon restrictions.

The development of zero kinetic energy (ZEKE) photoelectron spectroscopy has revolutionised the field of ionic-state spectroscopy as it offers much higher resolution (up to three orders of magnitude) than conventional photoelectron spectroscopy. This level of resolution makes it possible to determine both the detailed structure of ions and high precision ionisation energies. In addition, species such as van der Waals complexes and free-radicals, which can be produced in a free jet expansion, are being studied. More information on ZEKE and related techniques can be found at the Home Page of the Edinburgh ZEKE Group.

The focused output from a laser can be used to evaporate the surface of materials and form a plasma. Ions are produced and a mass spectrum of the material can be obtained. Various methods of sample preparation, such as MALDI, are used to enhance the ionisation process. We are also studying atmospheric aerosols using a new technique known as single particle mass spectrometry. This technique allows us to directly determine the size and chemical composition of individual particles in the atmosphere and in inhalable drug particles, in real time.