Walker was succeeded by James Kendall (b. Chobham, Surrey, 30 July 1889; d. Edinburgh, 14 June 1978) whose interest in chemistry had, while a student at Edinburgh, been stimulated by Walker's lectures. After graduation in 1910 he started work on the precise measurement of the conductivity of solutions, work which he continued in Arrhenius's laboratory in Stockholm. In 1913 he was invited by Alexander Smith to Columbia University, New York, as an Instructor, becoming successively Assistant Professor, and Associate Professor, until in 1917, although a British subject, he became a Lieutenant in the United States Navy; Kendall liked to recount that he thought there were only two Britishers who had been commissioned in the U.S. Navy, John Paul Jones and himself. In 1919 Kendall returned to Columbia University where he was appointed to a full Professorship in 1922. From 1926-27 he was Head of the Department of Chemistry in Washington Square College, New York, where he gained valuable experience in the administration of a large department. In 1927 he was Dean of the Graduate Faculty of New York University before succeeding Walker in Edinburgh in 1928. Kendall's most active period of research was at Columbia; during this period he published some fifty papers mainly on the physical chemistry of solutions including investigations into conductivity and viscosity and into the formation of addition compounds, together with some pioneer work on the separation of isotopes. One major contribution to teaching was his revision of a famous series of textbooks on Chemistry, those of Alexander Smith. In Kendall's hands these texts continued in popularity and prestige, and from 1922 to 1944 there was scarcely a year that was not marked either by a revision or by a new text. He wrote a number of books on historical subjects including 'Great Discoveries by Young Chemists' (1953), 'Humphry Davy' (1954), and 'Michael Faraday' (1955). Kendall was elected F.R.S. in 1927. He gave much service to the Royal Society of Edinburgh and was President from 1949 to 1954.  Within the University, he served as a member of the Court, was Dean of the Faculty of Science and served on many University Committees. The staff of the School of Chemistry looked for two things on Kendall's appointment. Firstly, that he would bring new ideas for research but unfortunately that did not materialise; Kendall himself wrote: "After 1933, I denied myself even the active direction of research since I found that I could not give the constant and sustained attention that it demanded". The second expectation was that he would improve the general research facilities and in this he was successful devoting considerable energy, administrative skill, and financial acumen, to creating conditions to enable his staff to prosecute their researches with vigour and success; one of his major contributions to the development of the Department was that he was largely instrumental in the foundation of the Forbes Chair of Organic Chemistry and in the appointment of Edmund Hirst as the first holder in 1947. Kendall retired in 1959. There is an excellent obituary of Kendall by Neil Campbell and Charles Kemball in 'Biographical Memoirs of Fellows of the Royal Society' 26, 255-273 (1980).

During the tenures of Walker and Kendall the work of the following members of staff may be mentioned - Alexander Cumming and Sidney Kay, whose "Text-book of Quantitative Chemical Analysis" ran through several editions since its publication in 1913, John E. Mackenzie whose book "Sugars and their Simpler Derivatives" published in 1913 became the standard reference work of that period, H.G. Rule who worked extensively on the optical rotation of organic compounds and in the field of benzanthrone chemistry, and the work of E.B. Ludlam on reaction kinetics, J.A. V. Butler on thermodynamics, E.G. V. Percival on carbohydrates, M. Ritchie on the kinetics of photochemical reactions, C.A. Beevers on the determination of crystal structures, and Allin Cottrell and David Bain on technical chemistry. 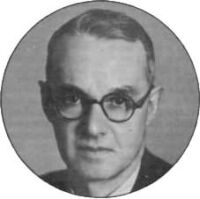 Of Hirst's massive contribution to research it is possible to give only the merest outline. While at St. Andrews he made notable contributions to the chemistry of cellulose and the structure of the simple sugars. In a classical paper he demonstrated for the first time the six-membered ring structure of an aldose derivative, thereby laying the foundation for the rigid determination of the structure of many mono-saccharides. The partnership of Hirst and Haworth at Newcastle and Birmingham succeeded in elucidating the main structural features of many disaccharides and practically all the known naturally occurring polysaccharides. The most spectacular success, in conjunction with Haworth, was the establishment of the structure and the synthesis of vitamin C, which was the first synthesis of a vitamin. Subsequently over a long period of years, at Bristol, Manchester and Edinburgh, Hirst led and inspired teams of research workers in investigations into the chemistry of the polysaccharides, hemicelluloses, gums, mucilages, and seaweeds. How great was his influence in this field is reflected in the July 1968 issue of 'Carbohydrate Research' which was dedicated to him on his 70th birthday and contained contributions from research workers who had been his scientific associates.

Of the many honours Hirst received only a few are mentioned here. He was made a C.B.E. in 1957 and knighted in 1964. He was elected F.R.S. in 1934 and was awarded the Davy Medal of the Royal Society in 1948. He was President of the Royal Society of Edinburgh from 1959 to 1964, and President of the Chemical Society from 1956 to 1958. From 1950 to 1955 he was Chairman of the Chemistry Research Board of the Department of Scientific and Industrial Research. He gave much service to the Courts of his own University and to those of both Heriot-Watt and Strathclyde Universities.

It is difficult to over-emphasise Hirst's influence on the Edinburgh Department of Chemistry. He was an international figure in touch with most of the well-known chemists in Britain and abroad; he led an important school of carbohydrate chemistry having under him a very gifted set of men including E.G.V. Percival, G.O. Aspinall, D.J. Manners and C.T. Greenwood. Immediately on appointment he planned an upper wing for the organic department on the west side of the building and in many ways he brought new life to the Department. Although one of the busiest members of the University community, if one went to see him usually his desk was clear except for a single journal he was reading and he had that great gift of making one feel he had all day for dealing with the immediate problem. As Neil Campbell remembers - 'his coming was a great event'. 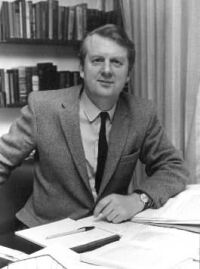 Kendall's successor in the Chair of Chemistry was Tom Cottrell (b. Edinburgh, 8 June 1923; d. Stirling, 2 June 1973) educated at George Watson's College and the University of Edinburgh where he graduated B.Sc. in 1943. After graduation he was employed, for most of the time as a research chemist, in the Nobel Division of I.C.I. at Ardeer where he remained until 1958; during this period he published some thirty papers including work on calorimetry, gas kinetics, equations of state, and quantum theory. In 1952 he was awarded the Meldola Medal of the Royal Institute of Chemistry awarded annually to the chemist under thirty years of age who, on the basis of published work, shows most promise. In 1954 his first book 'The Strengths of Chemical Bonds', which has been widely used, was published.

At Edinburgh, he quickly built up a flourishing research school and published more than 20 papers mainly on relaxation processes in gases and on collisions of electrons with simple molecules; this work involved the development of a number of sophisticated experimental techniques. He published two further books 'Molecular Energy Transfer in Gases' in 1961 and 'Dynamic Aspects of Molecular Energy States' in 1965. He was instrumental in setting up in Edinburgh the first group in Britain to work on molecular beams. At the same time he devoted himself with characteristic energy to teaching which he reorganised to a considerable extent.

In 1965 he was appointed as the first Principal of the new University of Stirling where he remained until his tragically early death. 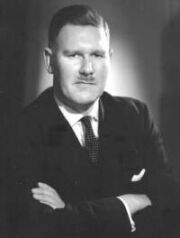 Charles Kemball was appointed to the Chair of Chemistry in 1966. Evelyn Ebsworth was in 1967 appointed to the newly instituted Crum Brown Chair, which can be held in any branch of chemistry and is presently held in inorganic chemistry.  John Cadogan succeeded Sir Edmund Hirst in 1968 and resigned in 1979 to become Chief Scientist at B.P.; he was succeeded by A.I. Scott who resigned in 1982. In the 1960's the University of Edinburgh instituted Personal Professorships which are awarded on grounds of scholarship and do not carry departmental responsibilities.  In Chemistry the appointments to Personal Chairs have been Neil Campbell in 1967, John Knox in 1975, and Robert Donovan in 1980.

Recent academic developments have included the institution in the mid-1960s of a Degree in Chemical Physics largely through the initiative of Tom Cottrell and in the late 1970s of a Degree in Environmental Chemistry largely through the enthusiasm of John Cadogan. Physically the Department has been considerably extended in both the ways envisaged by Sir James Walker. In the academic year 1981-82 the Department comprised 36 academic staff, 5 secretarial staff and 43 technical staff; there were 27 post-doctoral workers, 64 research students, 54 Honours students, and approximately 650 undergraduates did at least one year of chemistry. The Department is very well equipped with a wide range of modern instrumentation and there are vigorous research schools, some of inter-national reputation, covering a very wide range of chemical interests. 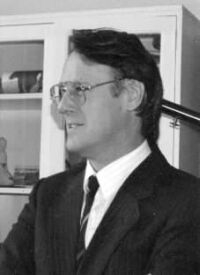 An important element in the life of the Department is the University Chemical Society, a student society to which most of the students and the teaching staff of the Department belong. It is a very active society which organises a full and varied programme of lectures, and social and sporting events. The official records of the University Chemical Society go back to 1874, and in 1935 a meeting was arranged to celebrate the sixtieth anniversary of its apparent foundation. In preparing a speech for this occasion, Professor Kendall discovered that in fact a 'list of members of the Chemical Society' had been drawn up by Joseph Black in 1785; of the 59 names on this list, 53 were members of Black's class between 1783 and 1787.  This would antedate the Chemical Society of Philadelphia founded in 1792 which had previously been generally recognised as the first chemical society in the world. Later in 1947 there was discovered in the library of the Royal Irish Academy a folio volume containing 'Dissertations read before the Chemical Society instituted in the beginning of the year 1785'. This book, which is displayed in the Departmental library, is in copperplate manuscript and contains 32 dissertations on topics of chemical interest. All of the contributors with the exception of two are on Joseph Black's list. The volume was very kindly presented by the Royal Irish Academy to the Edinburgh University Chemical Society. Unfortunately the volume contains very little matter of scientific importance. While it is possible to regard it as the first known journal of a purely chemical character no record of any other volume or of any other meetings of the society exist. Sir James Walker who was at the time too ill to attend the 1935 meeting when informed of the discovery of the earlier society sent the following message: "I send my congratulations, and I feel sure that although the origin was 'Black' the members of the Edinburgh University Chemical Society will make the future brilliant".